On Saturday 30 Nov from 7pm to 3am we had our LFFF 2013 afterparty and awards ceremony at the Arch Gallery. Lots of you came along to celebrate the festival with us and we were joined by many of the filmmakers and panellists who had helped to make LFFF 2013 such a success.

We had music from Hatty & Sophie and Faith Taylor and spoken word by Bridget Minamore. 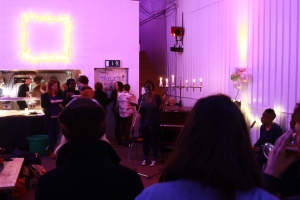 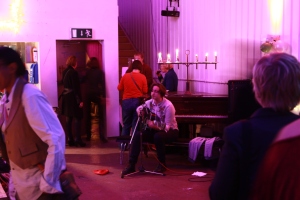 And artworks on the walls by Claudine O’Sullivan and Josie Rae Turnbull. 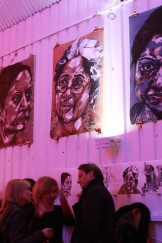 We announced the winners of the Best Feature Film, Best Short Film, and Feminist Favourite Audience Award! The awards went to….

We projected videos of Beryl and Sarah’s acceptance speeches onto the wall of the gallery and will be putting all three winners’ certificates in the post to them.

Later on, DJs Alison King, Angelica, and Vinyl Library were on the decks. 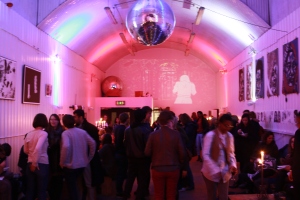 Thanks to everyone who came to the party!!