The three films eligible for the 2016 Feature Film Award were: The Ambassador’s Wife, No Kids for Me, Thanks! and Credible Likeable Superstar Role Model.

Silhouette Bushay is a Lecturer in Education Studies at the University of East London’s (UEL) Cass School of Education and Communities. She leads the Critical Pedagogies modules where third year BA students engage with a variety of critical theories and philosophies from ancient western classical philosophy to hip-hop feminism. In this role she also convenes the annual International Women’s Day event, the ElevateHer Conference, hosted by the Cass School. Silhouette is co-director of the film documentary Through The Lens of Hip-Hop: UK Women which was officially selected for both the London Feminist Film Festival and the International Black Women’s Film Festival (Oakland, California) in 2015. 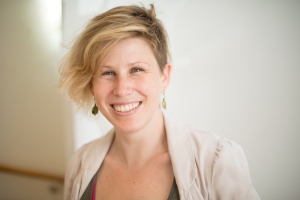 Caroline Criado-Perez is a freelance journalist and feminist campaigner. She is co-founder of The Women’s Room, an organisation and database that campaigns for more women experts in the media, and she led the campaign to keep women on banknotes. Caroline regularly appears as a commentator across all the major national broadcast TV channels and radio stations, and writes for the national media, most regularly for the New Statesman and the Guardian. Caroline was the recipient of the Liberty Human Rights Campaigner of the Year Award 2013.

Caz Kennedy is a filmmaker, award-winning screenwriter, and founder and director (for five years) of the Wood Green International Short Film Festival. She has taken a break from films for a couple of years but is now working on two feature length screenplays and looking to crowd fund a short film in 2017.

The 13 films eligible for the 2016 Short Film Award were: Set Her Free, Terminal, What Happened to Her, Faith, Measure Up!, Impatient Voices, The Trees, They Call Us Maids, Sharla Shabana Sojourner Selena, A Letter of Love to You, Beach(es), One Thousand and One Teardrops and Count.

Ghada Ali is an Egyptian filmmaker who graduated from Cairo University with a major in Broadcasting & TV. She is a freelance director, producer, photographer,  and videographer as well as an independent writer.
Ghada recently directed and produced the short film Coma, which was officially selected for several international film festivals. She is currently directing and editing her own shootings, creating independent videos and working on some titles in preproduction.
In addition, Ghada is the founder of the NGO Nation Painters / ROSSAM WATAN, and a global ambassador for art and peace to Egypt in the Worldwide Peace Marker Project collective.

Linnéa Haviland is an award-winning artist and filmmaker with a degree in Illustration and Animation. Her films explore intersections of systematic oppression, and lived experiences within those contexts. Her most recent film, A Different Category, was commissioned by the Gerald Moore Gallery and included in their exhibition ‘Youth Uncovered’. Her film Invisible Skin was screened at the 2015 London Feminist Film Festival. Linnéa is currently working as an animator on the CBeebies pre-school series Hey Duggee and as a Youth Peer Mentor in Hackney. 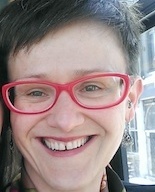 Ania Ostrowska is a film editor for The F-Word blog where she combines her love for moving pictures with promoting of independent films and filmmakers, feminist and beyond. Ania moved to London from Poland in 2005 with a degree in International Relations but quickly abandoned her ambition of becoming a high-flying diplomat and decided to boost her feminist credentials instead with an MA in Gender Studies from SOAS. She’s now happily back to academia, researching contemporary British women documentarians at the University of Southampton.